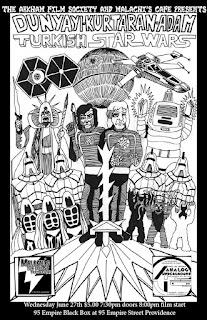 This screening is being brought to you with the help of Malachi’s Café and Analog Underground Records. As an added bonus for all of you vinyl soundtrack and world music collectors out there Analog Underground will have a table at this screening to sell soundtracks and Turkish music records, so get there early. Please check out these local businesses, www.facebook.com/malachisri and www.facebook.com/pages/Analog-Underground .
Posted by Arkham Film Society at 2:39 AM No comments: