The A.F.S. return to Turkey for Cellat (The Executioner)! 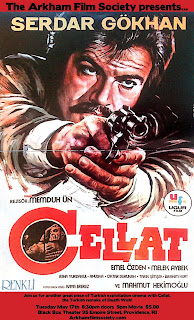 Join us for another great piece of Turkish exploitation cinema and a quality product of their tendency to remake popular films with this months film Cellat (The Executioner) AKA Turkish Death Wish.

For those who are unfamiliar with Death Wish the basic plot is that a peaceful architect becomes a one man vigilante squad after his wife and sister are raped and murdered by street punks. 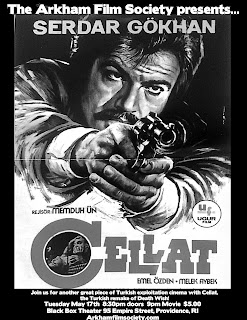 Posted by Arkham Film Society at 9:54 AM No comments: 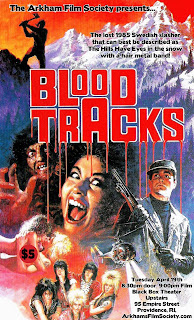 With winter hanging around these parts lately I've decided to present BLOOD TRACKS, the somewhat lost 1985 slasher about an 80's metal band shooting a video in the snowy mountains. Unfortunately when an avalanche strands them the band and film crew are picked off one by one. BLOOD TRACKS is essentially The Hills Have Eyes in the snow with a hair metal band.

The one unfortunate note is that all known versions of this movie come from old video masters so some scenes may be a bit too dark but it's worth sticking with the movie for the fun you'll have as an audience.

Check out this trailer! 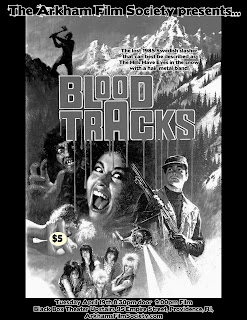 Posted by Arkham Film Society at 11:16 PM No comments: