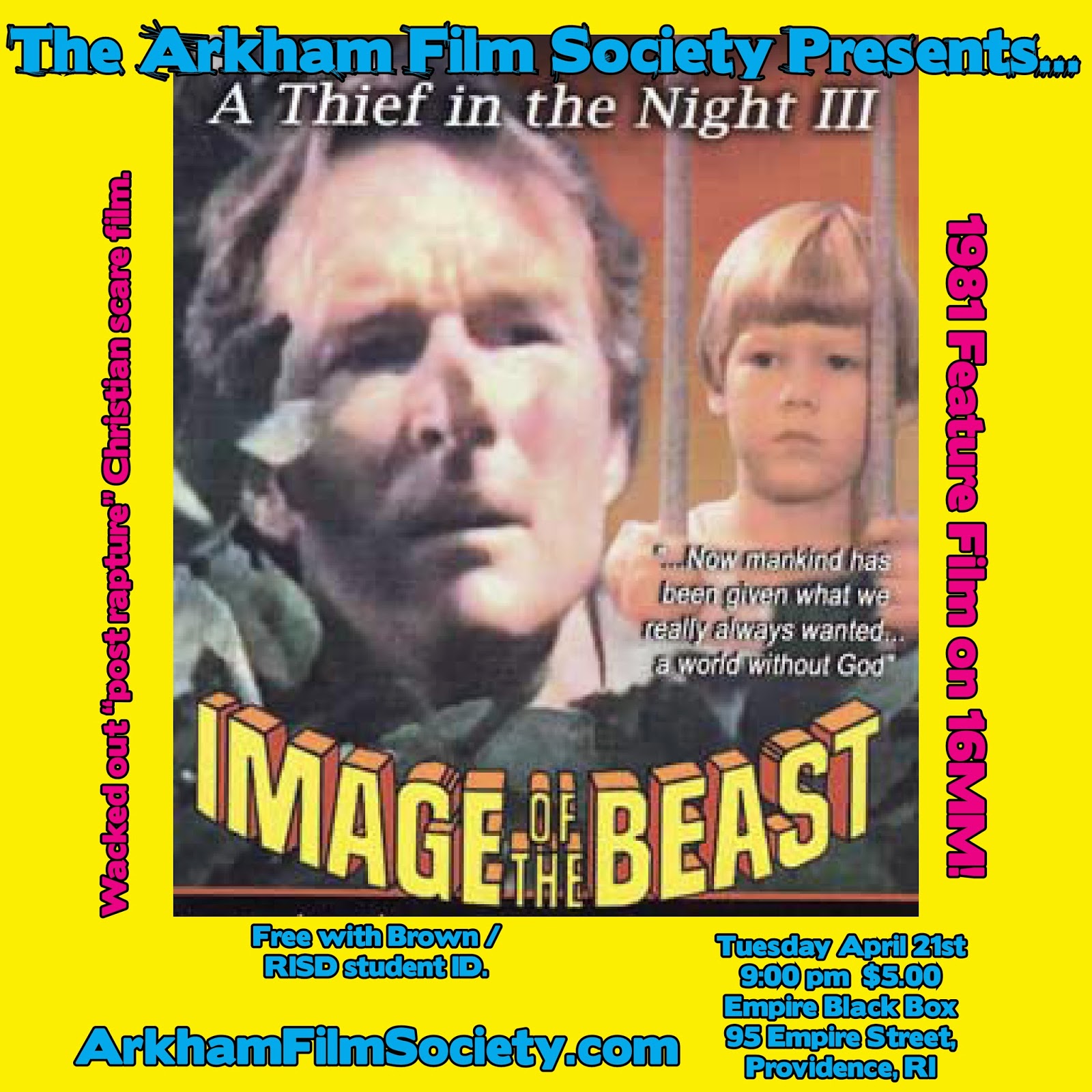 We have found a real oddball here, IMAGE OF THE BEAST (1981) is a feature length "post rapture" Christian scare film that I'm certain none of you have seen but will get a kick out of. Part of the Mark IV series this film is about the lives of those left behind after the rapture and the rise of the ant-christ. It may fall in the middle of the series but I bet we can all follow along easily. Plus we have a 16mm print of this one so that's how you get to see it! 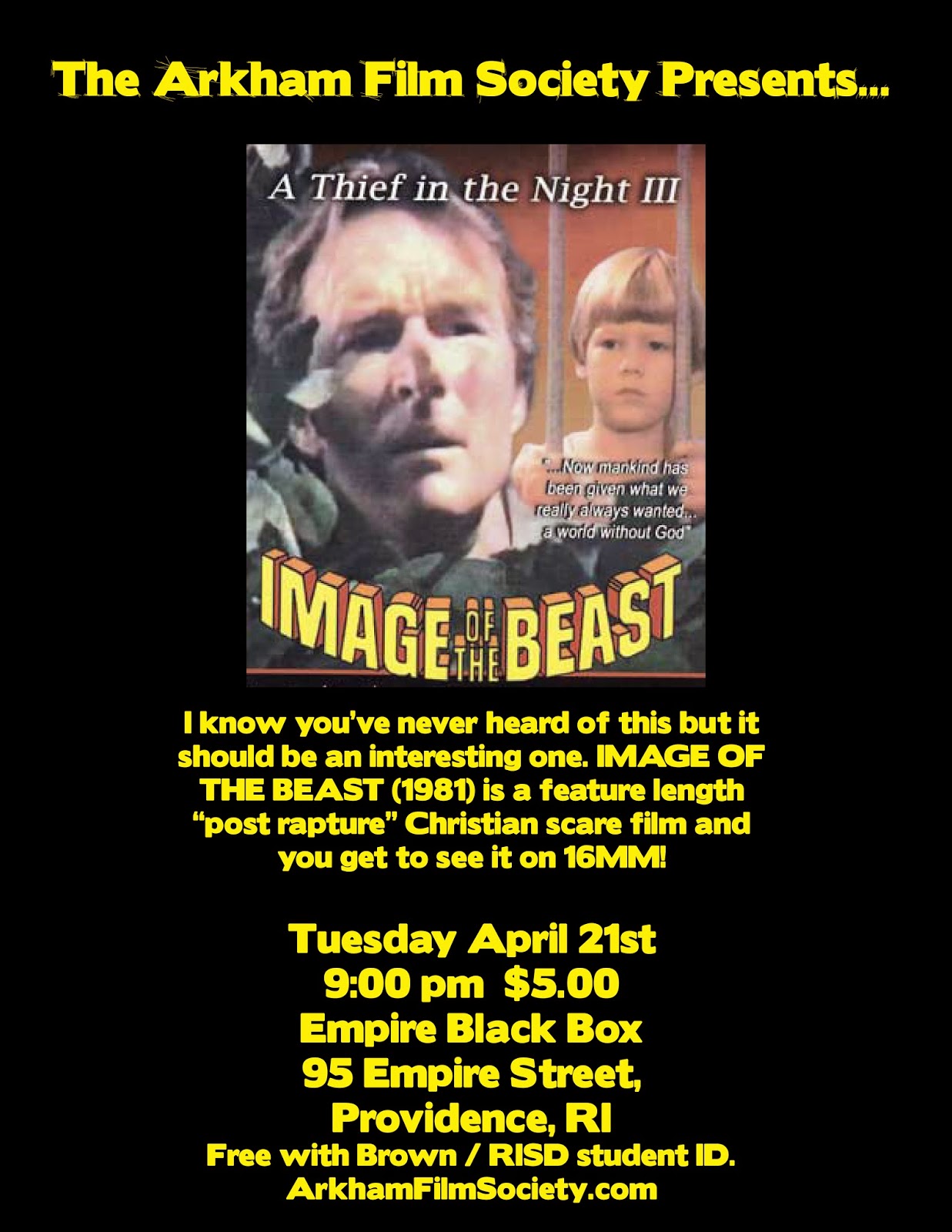 Posted by Arkham Film Society at 4:00 PM No comments: