The A.F.S. present NIGHT OF THE SORCERERS on 16MM! 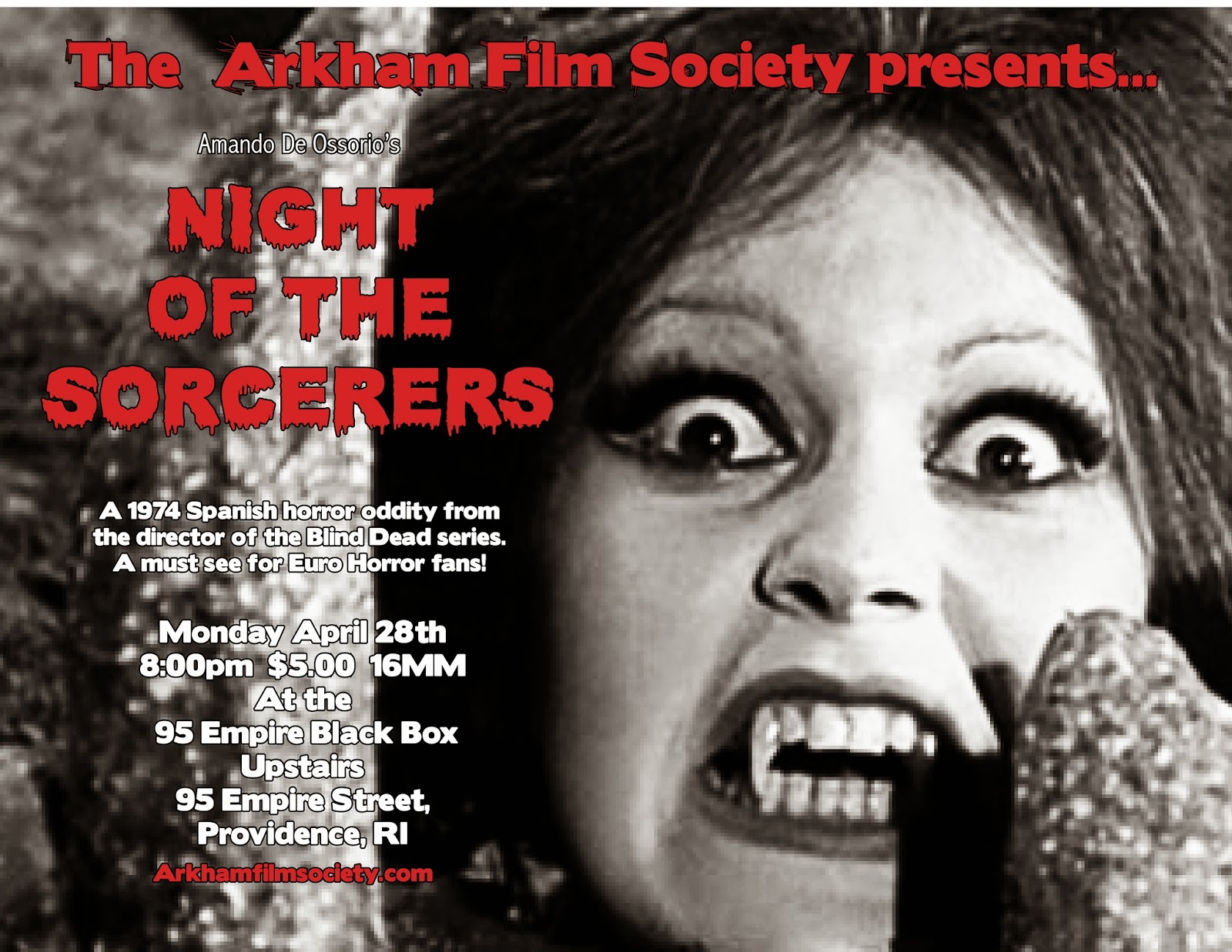 Come out and join us as we present an under seen classic of Spanish horror cinema directed by Amando de Ossario who brought us the amazing blind dead series. NIGHT OF THE SORCERERS will be projected  from an admittedly less than perfect 16mm film print, but heck it’s not every day you get to see classic genre films presented on actual film.

NIGHT OF THE SORCERERS (1974)
A research team travels to the African jungle to study the mysterious disappearance of elephants in the area. Instead they discover a tribe of voodoo-zombies who rise from the ground, capture the women, whip them and slice their heads off on an altar. The women return as vampires who look for more women to kill.

Check out Night Of The Sorcerers on IMDB 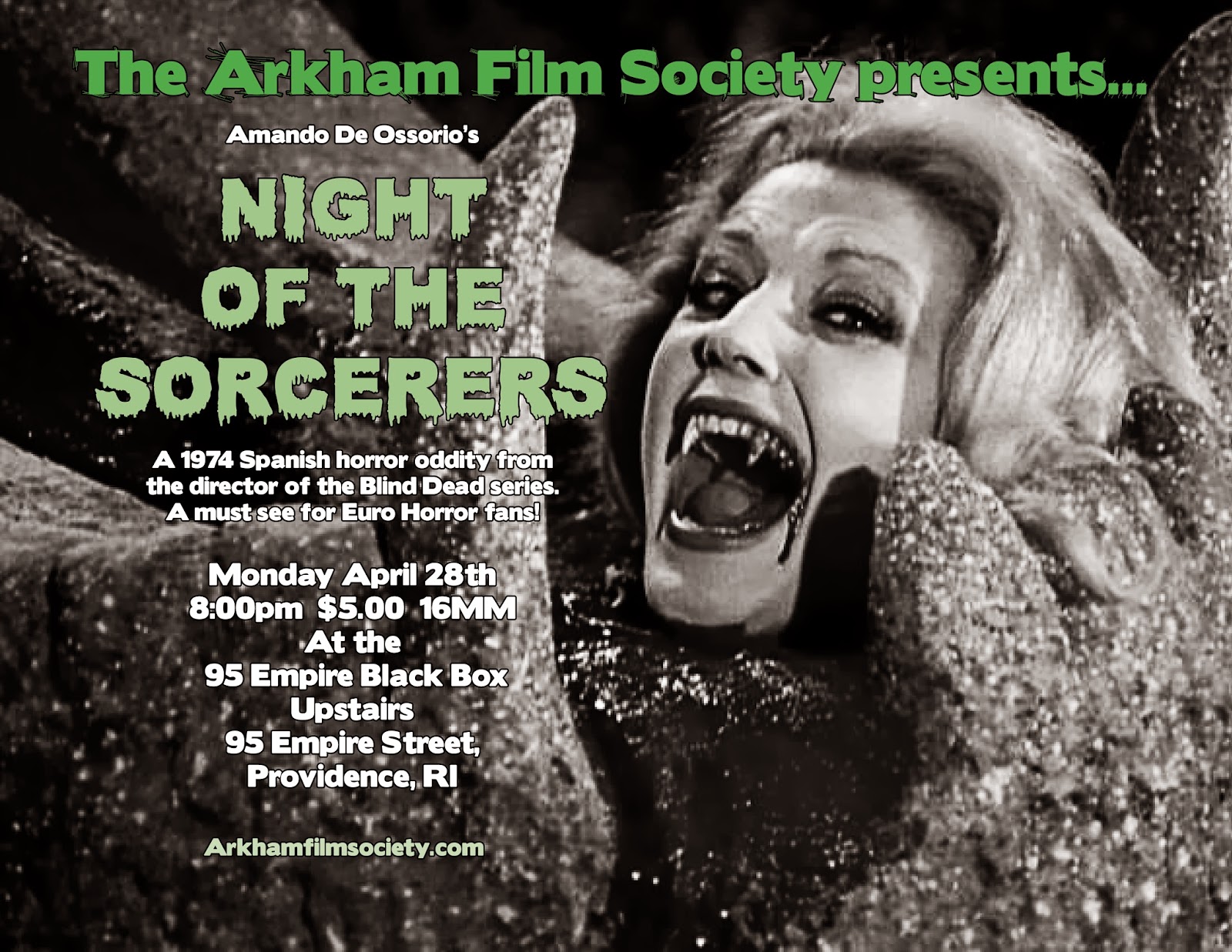 Posted by Arkham Film Society at 10:12 PM No comments: